The Devil’s In The Diva 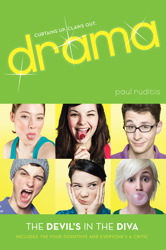 Drama Geek, Bryan Stark, provides the narration for an eclectic cast of characters from Orion Academy, an exclusive private school in Malibu, CA where the scandal and scene stealing are all part of the script. The Devil’s in the Details contains the first two books in the DRAMA! series: The Four Dorothys and Everyone’s a Critic. 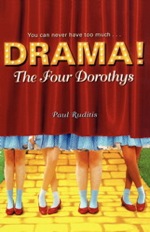 Spawned from Hollywood’s A-list glitterati, nearly every student at the exclusive Orion Academy is a singer, dancer, model, or actor – with the ego to match.

Meanwhile, Bryan Stark, narrator extraordinaire, needs to shed some light on a more scandalous plot. Dorothys are mysteriously dropping out of the show, one after the other. If Bryan doesn’t figure out why, there may be no one left to click her heels by opening night. . . . 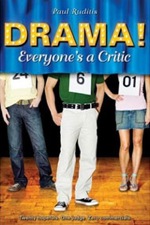 Bryan and his friends are gearing up for the performance of their lives. Hartley Blackstone, the famous Broadway director, is auditioning two spots for his summer apprenticeship in New York City.

Every wannabe-It girl and boy at Orion will vie for Blackstone’s coveted approval. With any luck, Bryan and Sam could be stepping onto a New York stage—who cares if they’d be sweeping it? It’s Broadway!

But Mr. Blackstone isn’t known for glowing reviews. It’s doubtful any of the budding starlets will survive without a bruised ego or a shattered spirit. 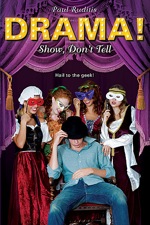 The Renaissance Faire has come to town! Okay, so the exclamation point doesn’t make it any cooler, but Sam is overjoyed to reunite with her former faire folk. Bryan, however, can do without the abundance of “thees” and “thous,” and—oh yes—man tights. But he’d best take part in the festivities lest he lose his head, with Sam doing the chopping.

As if that weren’t dramatic enough, someone has discovered Bryan’s not-so-closested secret. And although he’s never denied it, it might be time for Bryan to step out of the role he’s been playing for years.

A Malibu drama geek is stuck with a wannabe King Arthur’s dork … er, court, and he’s got a major secret to tell. You do not want to miss the show… 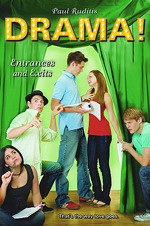 It’s time for the Fall One-Act Festival, and Hope gets the honored privilege of debuting her very first original play! With Bryan directing and Jason and Sam as the leads, it seems as if nothing could go wrong with this dream team of talent. But where’s the fun in that?

Enter Sam and Jason who share onstage chemistry so hot, that it’s working overtime offstage! Course, Sam’s real-life beau, Eric isn’t so cool with that. And what about Bryan? With his sexual orientation public knowledge, he’s gaining some admiring attention from the most unexpected people. Can you blame them?

With all these raging hormones, it will be a wonder if the play goes off at all. And the after party? Please – that will be a show all in itself…